The pandemic didn't play favorites in 2020, and in March of that year, dental practices in the U.K were forced to close or provide only emergency care just as most U.S. practices were.

A new report indicates that things across the pond have largely returned to pre-pandemic levels, but there are some interesting trends emerging. This isn't to say that these trends will hold true for the U.S. dental industry, but it may prove to be instructive for dentists looking to sell or acquire a practice.

The parallels aren't exact for a number of reasons, not the least of which is that the U.K. has the National Health Service to which a number of non-affiliated dentists fled when things got rough.

35 percent of the practice owners surveyed indicated their current revenue is higher than prior to COVID. Year-over-year revenue is one the strongest factors influencing practice sale price; it's likely that some adjustment will be made for 2o2o.

Somewhat more worryingly, only 15 percent of practice owners believe that revenue will have fully recovered by July 1st. Feeding into the concerns of the other 85 percent, four out of five indicate that hygiene revenue is under 50 percent of early 2020 levels. However, there's some indication that U.K dentists front-loaded their schedules with higher-value patients once they were allowed to reopen.

Not Identical, But Parallel?

As in the U.K., a number of U.S. dentist-owners went out of business or sold their practices during or shortly after the first quarter of 2020. According to various reports, even more dentists are now considering selling outright or negotiating a transition out their practices. 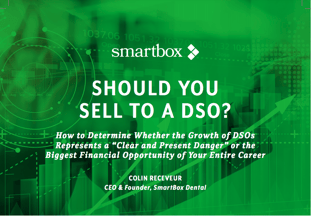 If you're one of those, focus on generating revenue to ensure that your practice sells for the price you want. And if you think that's not possible with lower patient volume, you should know that SmartBox has helped U.S. dental practices double their revenue in as little as 12-18 months.

If you're already in position, the question is whether you're better off selling to another dentist, to a group practice, or to a DSO.

We've got a free new report that can help you with that decision.