At the ripe age of 27, Gary’s path to SmartBox Web Marketing has been winding, if not overly long. 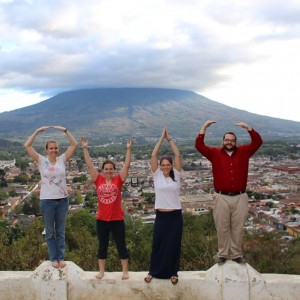 “I like to collect experiences,” he says. “I like to go off the beaten path to see things that people don’t normally experience. That’s led me to taking photos in the abandoned buildings and ruins of Gary, Indiana. That’s led to me living in Italy, Argentina, and Chile.That’s led to visiting countries that probably aren’t on anyone’s list of ideal tourist destinations. My dream is to visit North Korea because so few Westerners ever see it. My parents used to take me to Mexico most springs when I was growing up, which is how I discovered my love for traveling. Altogether, I’ve visited something like 22 countries on three continents. I believe I’ve gone on several lifetimes of adventures in my 27 years on Earth.”

As the Compliance Manager for SmartBox, Gary’s primary duties are legal in nature: drafting contracts between the company and clients, ensuring that SmartBox fulfills its contractual client guarantees, administering promotional sweepstakes, and making sure we’re in compliance with various state and federal laws.

Gary holds a Bachelor of Arts degree with Latin Honors from the University of Southern Indiana. After earning an academic achievement scholarship for $84,000 to Case Western Reserve University, he graduated with a Juris Doctor degree.

While at Case Western, Gary served as the editor-in-chief of his law school newspaper and as an associate editor for the War Crimes Prosecution Watch. His academic excellence earned him the CALI Excellence for the Future Award® in Immigration Law.

Prior to joining SmartBox, Gary had a distinguished career as an advocacy journalist and legal analyst. His editorial writing has been published by dozens of newspapers, magazines, and websites with some articles attached as court exhibits during major trials.

“I really like academic work,” he says. “When I get interested in something, I want to study it until I have a complete understanding of it. For me, it’s not enough just to visit someplace. I want to know the full history of the place, the people, or the concept. As I do a lot of legal-related work for SmartBox, this drive really helps me dig into the minute details of extremely complex issues.”

For someone with a strong academic orientation, Gary’s non-work activities are decidedly … different. 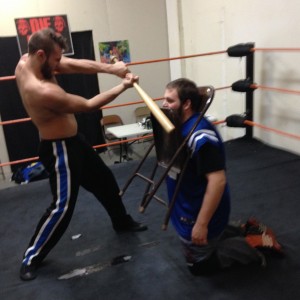 His face lighting up, he says, “I love pro wrestling. Like, a lot. I’ve attended literally hundreds of pro wrestling shows around the world. My favorite shows are the ones for independent promotions, which are theoretically the minor leagues for the WWE but in practice often have an atmosphere reminiscent of an underground punk rock concert. Eventually, I got the bright idea to try and go through pro wrestling training while I was in my last year of law school. So, I got my rear kicked a bunch, including by one person who now regularly performs for the nationally televised promotion TNA Wrestling. I can tell you firsthand that while the moves and outcome may be predetermined, pro wrestling certainly doesn't feel fake.”

Perhaps that rigorous training program has something to do with Gary’s proven resilience and adaptability. “I had a broken jaw my last semester of law school. I had to take an oral exam while my mouth was still wired shut. I spoke through clenched teeth and got an A. More recently, I was hospitalized for a couple of weeks earlier this year with complications from appendicitis. When I was first taken to the ER, after we called my parents, I had my girlfriend call SmartBox to let them know that I probably wouldn’t be finishing my hours that day. I was answering emails from my hospital bed, though.”

Gary’s approach to meeting challenges is to “jump right into them. Then I map out a strategy for success.” Work, however, isn’t the only thing he “jumps” into. Amusement park rides are right up there. 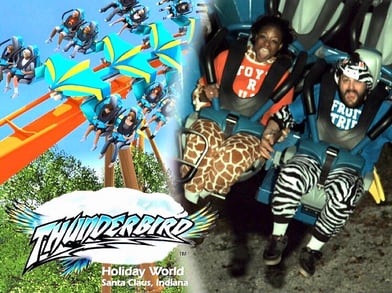 “My long-time girlfriend Brittney and I love amusement parks. Last year we went to Holiday World on Halloween and had an on-ride photo taken in full costume. This year we have plans to go to at least seven amusement parks. Our favorite park is King’s Island and our least favorite park is Dollywood. We’ve also never met a wax museum or other tourist trap that we didn’t love.”

For the record, SmartBox doesn’t require Gary to work from a hospital bed, but who are we to deny dedication?

“I love this company,” he says. “Everyone gets along well and the company treats me like family. In fact, when I had appendicitis my boss came to visit me at the hospital. And, we get free lunches!”