A long and winding road brought Kevin to SmartBox’s door.

The prior 20 years saw him wearing a number of quite diverse hats – writer, educator, nonprofit fundraiser, and partner on promotions with many notable brands and personalities, including members of U2, REM, and the Grateful Dead. “When I have 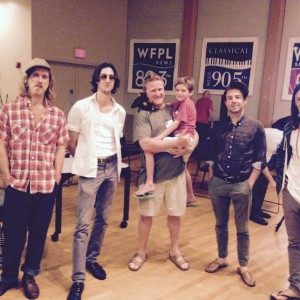 time, I still dabble in music journalism,” he says. “So far this year I have interviewed members of Fall Out Boy, Crosby, Stills & Nash, Old Crow Medicine Show, and The Monkees for regional publications.”

Kevin also co-authored a book on art and near-death experience, adapted a historical novel into a screenplay, and has recently seen his photography featured at the Massachusetts Museum of Contemporary Art as well as in a 20th anniversary box set, Alpha Mike Foxtrot, for the band Wilco.

While it seems his prior experiences would prepare him for many things, it took him a bit to settle comfortably in his role as a SmartBox Digital Content Expert. “I am determined and persistent,” he says. “Otherwise, I would have never made it past my first few weeks here not knowing anything about dentistry, or blog writing, or Mac computers! But I am most passionate about writing, which makes it easy to apply that love to the work that I do here.”

In some respects, his current job isn’t too dissimilar from some of his previous life experiences. “Just like when I was a journalist, I am still always looking for that hook in the story so I can construct a narrative that will make people want to pay attention. My job is to capture the essence of our dentists’ personalities and present them to the public in a creative and dynamic way through books, blogs, and autoresponder (AR) emails. Ultimately, I want to tell engaging stories that will draw prospective patients into our dentists’ practices via their websites.” 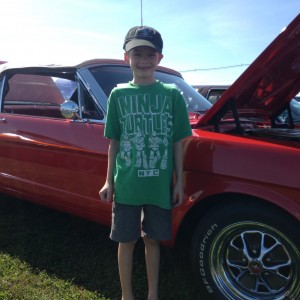 Given his many interests, it might seem that Kevin would be pushed for free time. If so, he makes the most of it. “My late father and I restored a number of antique automobiles, mostly mid-1960s Mustangs, and I am currently looking for a project that I can start with my 8-year-old son, Levi. He already has the love of classic cars.”

One thing that undoubtedly aids Kevin in locating parts for those classic Mustangs is the freedom to set his own schedule. He enjoys that aspect of working for SmartBox as well as being part of a supportive team. “Our writing team comes from a variety of backgrounds and represents a wide range of experience,” he says. “But there’s no ego on our team. Everybody is focused on turning out the best writing we can for our dentists. SmartBox is growing at a tremendous rate, and as a result, our internal processes are constantly being refined. I like to think that I’m flexible and open to change, which is a really good thing under the circumstances.” 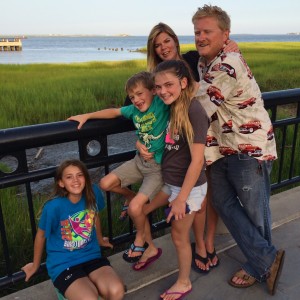 In Kevin’s worldview, needing to adapt to change is something to take in stride. “I try to maintain a kind heart and a pleasant disposition,” he says. “Having lost both of my parents in the last few years, I sense that life is too short to get bent out of shape over things that don’t really matter.”

What clearly does matter is his family – his better half, Amy (who also is a writer and went to school with SmartBox’s Matt Tungate), son Levi, and daughters Izzy and Sophie.