“I’m the ‘old guy’ of SmartBox,” Lawrence says. “Nobody calls me that, it’s just a fact. I wouldn’t say that retirement is within spitting distance, but I could probably hit it with a slingshot. If I practiced, which I won’t.”

In fact, Lawrence’s most frequently used nickname is “L-Train,” bestowed by our own Matt Tungate. We have no idea what it means.

A very seasoned copywriter, Lawrence worked for advertising agencies in Nebraska and Evansville, Indiana, as well as a pharmaceutical communications firm, before joining SmartBox. “My primary responsibilities as Senior Marketing Writer are to help create and manage the marketing that we send out to our dentist prospects. I’ve found that it takes a combination of education, motivation, and persistence to help people decide to do things differently in order to get different results.”

And he would know; Lawrence holds a master’s degree in Counseling Psychology from the University of Nebraska-Lincoln. Before he became a scribe, he spent some 20 years providing mental health and chemical dependency treatment services. When he was told on his first day with SmartBox that his former services would be in demand, he remarked, “I don’t sell it anymore, but I do give it away once in a while.”

Originally from Nebraska, Lawrence spent five years on active duty in the U.S. Army and lived more than six years in Germany. “It’s a beautiful country,” he says, “and the German people can be very warm and welcoming once you get to know them.” 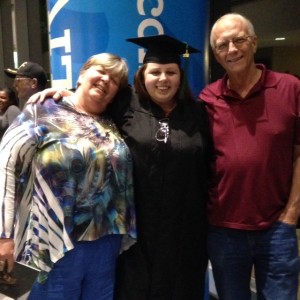 His move to Indiana was occasioned by being considerably ahead of his time. “I was in Nebraska when I met my wife-to-be at the time, Neva, online. She lived in Indiana. This was way before dating websites, and establishing a relationship over the Internet was really uncommon. Since she had a teenage daughter, it made more sense for me to move. I tell people that I came to Indiana looking for a wife and I was lucky enough to find one!”

In testament to the power of the Internet, the couple just celebrated their 15th year of marriage. Their daughter, Ashley, recently graduated from Ivy Tech Community College. 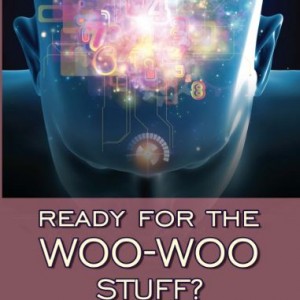 Hazelden Educational Materials. In 2012, he self-published Ready for the Woo-Woo Stuff? A Down-to-Earth Look at the Metaphysical. He and Neva have taught classes on a variety of metaphysical subjects.

“I’ve been knocking around the weird stuff for almost 40 years, and I freely admit that I have a very different worldview than most people,” he remarks. “Neva and I like to joke that around us, weird is the new normal! But even though the methods we use may differ from how others go about it, our focus is on improving the lives of other people. Neva is a very experienced nurse, and I spent 20 years dealing with other people’s pain. We’ve seen enough suffering, and we do what we can.”

His former life as a therapist gives him unusual insights into what motivates people, and SmartBox benefits from that as well as his writing experience. “Therapy is first and foremost about establishing a relationship,” he says. “After that comes being able to understand how the other person views himself or herself and the world. I’ve worked with thousands of people in various settings on a host of issues, and that includes consulting with various physicians, psychiatrists, and psychologists. That makes it easier to put myself in the shoes of the dentists we want to help and to find novel ways to reach them. One thing that’s unique about SmartBox is that absolutely everyone’s ideas are valued. This is a great company, and I’m very happy to be a part of what we’re creating.”