“I renamed Landon Antonetti’s cat,” Ryan says. “He had some hipster name for it, but the video team felt like it wasn’t good enough. His name is now Chairman Meow.”

Ryan will strike you as pretty much a “hang loose” kind of guy, until you get to know him. 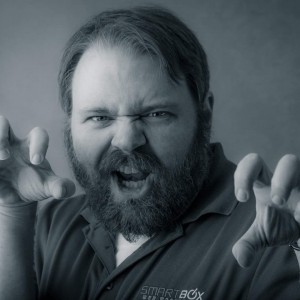 “I think that one of my core beliefs is that every problem has a solution.” he says. “When things come up in life, both personally and professionally, I try to keep myself positive and find that solution. A career full of creative differences, technical limitations, and budget constraints taught me that. The one thing most people don’t get about me right away is that when I’m presenting a carefree attitude towards a problem, my brain is blasting away with thoughts and fixes to any problem, big or small.”

In service of that belief, he’s very focused on improving his knowledge and skill set.

“I’m very passionate about learning,” he says. “I don’t want to be a person who gets so far and then says, ‘That’s enough, I can do what I need to do.’ I want to always be pushing myself further and harder, especially with video. I’m the kind of person who will look at the best thing I’ve worked on and think, ‘Okay, if I did this again, what would I change?’ This is the attitude I bring to SmartBox as well. I’m always looking to integrate new technologies and learn about it to the best of my abilities. I’d also say this goes beyond the video department too; I’ve been slowly learning the ins and outs of web marketing and the amount of thought that goes into every little detail that SmartBox handles.”

“As part of the SmartBox video team,” he says, “I help plan video shoots, interview patients and doctors, edit footage into web-ready videos for YouTube, and create motion graphics for almost all of our projects. In addition, I lead production and post-production trainings and oversee internal programs like the newly created ‘Inside Patient Attraction with Colin Receveur’ webinar series. I love the free-flowing creativity and camaraderie here. The video department is always coming up with new ideas, designs, and systems to create better videos for our dentists. In addition, the entire staff of the company is incredible to work with. There’s no butting heads, everybody genuinely gets along, and it makes for a great working environment.” 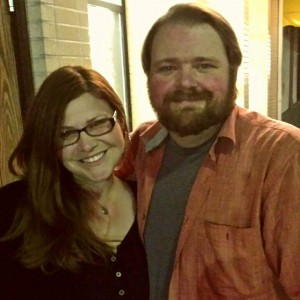 area about a year ago with my girlfriend and her daughter, and we’ve spent a lot of time getting to know the area. We’re big foodies, so we’re always checking out restaurants from our ever-growing list of places to try. In my spare time, I build computers, try to get to the movies from time to time, and travel.”

Ryan’s solution-oriented approach is based on a healthy dose of real-life experience.

“I feel like my experience is one of my core attributes that I bring to SmartBox,” he says. As someone who’s worked in video for almost 15 years, I can usually figure out what needs to happen to get the best results for our clients. Most recently, a client asked us for some changes to a larger project that scrapped about 10 hours of work. Since what they asked for wasn’t planned for, we didn’t have it. Through the use of some creative cutting and effects, we were able to present some changes that client loved.”