Sean’s life might best be summed up as “tri-polar” with a solid underpinning of faith.

“My life is built on a Christian faith that began in 2004,” he says. “Without getting too churchy, I can say that that decision has changed the trajectory of my life, my priorities, and overall mindset for the better. I am here today because of that decision.”

Atop that solid foundation, Sean’s three “poles” are his family, his work, and his passions. Or mild obsessions. Or somewhere in between. 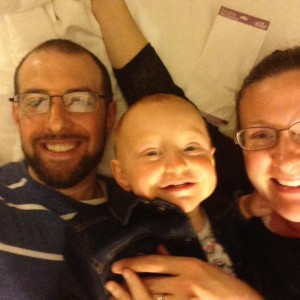 A devoted family man, he’s quick to credit the power of family. “My family keeps me centered and motivated,” he notes. “If I do good work, it’s because I have a great family!” Sean met and married his wife, Dana, when she was the receptionist at Louisville Bible College. “I only went there for a semester,” Sean remarks, “but at least I got a wife out of the deal!” The couple have one daughter, Bonnie, and another child “still in the oven.”

Sean holds a bachelor’s degree in communications from Indiana University Southeast and has produced video and graphics for private companies and organizations across the Louisville area.

Our Video Team Supervisor’s work orientation appears to benefit from his faith. “I try to never see ‘problems’ and instead see ‘opportunities,’” he says. “Problems are almost always negative experiences to weather and survive, whereas opportunities are chances to overcome, learn, and grow. Life is most fulfilling when I am serving others and serving WITH others.”

And the “passions vs. mild obsessions” part? Well, he owns every “Best Picture” Oscar winner on DVD or Blu-ray, spanning from 1928 to 2015. And yet, while he works in media, his favorite thing to do at home is read. “I love sinking into the couch with a good book!” 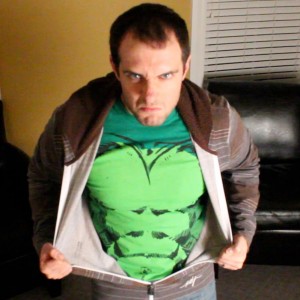 His other mild obsession either feeds or is the result of his love of both reading and the digital storytelling medium. “I’m a big, BIG, fan of Marvel Comics. I have three whole shelves full of Marvel books, and on occasion I can still muster the courage to attend a midnight Marvel movie premiere.”

Sean brings his total focus to whatever he happens to be engaged with: faith, family, Oscar winners, or comics. And, of course, work.

“I am passionate about pursuing the best possible outcome,” he says. “Hopefully this bleeds over into work by how the team is managed and how the job is done. I’m extremely organized; the number of spreadsheets, documents, and task lists has quintupled since I took this job! But, it’s all good stuff that keeps the team informed and speeds up our processes.” 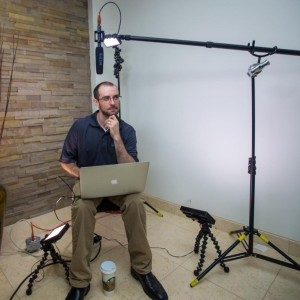 And Sean is passionate about supporting his team. “I’ve read that the best leaders are servants. Sometimes the best thing you can do for your team is handle the little things that get in their way. If I can be accessible, helpful, and organized, then hopefully my team is equipped to do their best work, and the work that they like doing.”

And then he blows the whole thing by adding, “My grandad had the heart of a lion and a lifetime ban from the Louisville Zoo (I totally stole that from someone else).”