Dr. McMahon is a great fit for what SmartBox offers. Why? Because he wants to focus on practicing dentistry and making money doing it, not on riding herd on monthly or quarterly advertising campaigns. His team needed better management of growth in order to increase profitability, and not waste time worrying about their own marketing. Personally, he was ready to reduce stress and enjoy more personal time.

What SmartBox did for Edgewood Dental.

At SmartBox, we're firm believers that the vast majority of dentists shouldn't be marketers. It's not something they're trained in, and doing their own marketing doesn't directly make them a dime. That's why we handle every aspect of getting more and better patients for them.

"I wanted to bring in another associate, which I am doing. I'm staying busier in times that normally I wouldn't be busier. I'm being more productive in things that I'm doing. I'm moving towards the bigger, larger cases, I should say, implants, things like that, and have associates do other work.

"The beginning of the year is usually slower, like in January. Things seem to pick up in February. This February was one of our best as far as new patients. I think in the one week that I specifically talked about, we had 45 new patients that week. I'm sure we could probably do more than that really. I don't think that was a full schedule actually.”

Households With Kids under 18 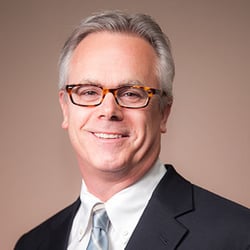 “I'm very happy with SmartBox. It actually puts my marketing on autopilot, and that makes it a lot easier for me. It's something I don't have to worry about because I'm the owner of the practice here, so I'm managing a bunch of people. And if I take something off my plate like that – that I know is quality, it's going to work, that I'm proud of, I'm proud of my website, I'm proud of my marketing – it makes a big difference for me, and I can put that to the side and do other things I got to do.”